With the U.S. presidential election looming, investor attention has increasingly turned to the implications of a Biden victory for renewables and traditional energy policy. In this post 2 of our series on the regulatory environment for energy and midstream, we delve further into our view that natural gas remains very well positioned amid growing renewables penetration.

Renewables, and specifically hydrogen, were very popular topics during this most recent Midstream earnings season. The current election season has no doubt played a part in driving this interest, as we discussed in our prior blog Energy Pricing in Biden? Reality is Likely Better than Sentiment. If greenhouse gas (GHG) emission reduction targets are to be achieved over the coming decades, it makes sense that a good percentage of electricity generation will come from both natural gas and renewables going forward, as shown in the chart below from the U.S. Energy Information Administration (EIA). 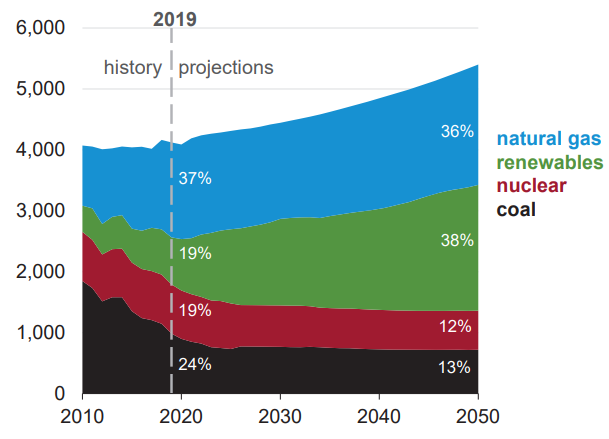 Below we provide related commentary from two of those midstream earnings conference calls which help explain in part why we favor these particularly well-positioned companies and the natural gas theme generally in our midstream strategy:

Nonetheless, while “green hydrogen” has been a hot topic of late, it feels very far out into the future. According to Citi Research: “We are still at a very early stage with the development of green hydrogen, with approximately 1% of hydrogen produced deemed green…However, [substituting as a source of low emissions source of heat] is unlikely [to] happen before 2030 given the high infrastructure costs associated with retrofitting existing pipelines and other key infrastructure…if hydrogen were to replace natural gas in the global economy today [given its low density] it would require 3-4 times more storage infrastructure.” (Citi, “Revolutionary road or just a roadmap”, 08.18.20)

Lastly, we provide a “real world” word of caution for the shift to renewables—one that underscores the practical idea of a gradual “all-of-the-above” approach, especially a product mix that includes natural gas. While not exactly a shock, California has again made the news recently with its rolling blackouts, no doubt causing a little déjà vu for those who remember the Enron crisis:

Regardless of these challenges, renewables are part of the new reality no matter who takes office, and we expect not just Utilities, but Midstream Energy companies (especially natural gas focused) to participate in this continuing development over the coming decades. In fact, going back to our Williams example, they just announced a goal of 56% absolute reduction in greenhouse gas emissions by 2030, putting it on a trajectory for net zero carbon emissions by 2050 (which includes preparing for future technologies in carbon capture, synthetic gas and hydrogen as a fuel source).

If you want exposure to this theme of growing renewables penetration, we have a product for you. We also have a presentation discussing the future of hydrocarbon demand and how renewables/EV fit in the mix. Feel free to reach out! 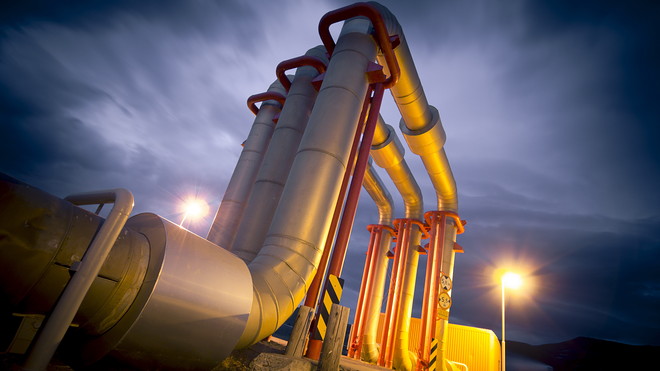 NAVIGATING THE ENERGY MARKETS UPTURN WITH A FOCUS ON MIDSTREAM

Missed the live webinar? You may now access the replay!

We examine the state of the energy market in the midst of a global economic re-opening.

Subscribe to receive timely insights from the BP Capital Team

4th of July Brings Fireworks to Midstream. Taking the Good with the Bad